South Florida is rich in plants growing with their roots submerged at least part of the year, and their tops periscopes above water.   Many unrelated plants have evolved this lifestyle separately.   The convergences and divergences in unrelated species united under one extreme lifestyle makes it all intriguing. And they range the spectrum from fundamentally landlubbers able to withstand temporary flooding to floaters able to withstand temporary stranding.

Emergents come from all corners of the plant world, including ferns and fern allies (Isoetes) to flowering plants from numerous families.   Monocots rule the marsh, with such representaives as arrow arums, arrowheads, cattails, golden clubs, grasses, pickerel weeds, rushes, sedges, and more.

Many emergents imperialize large spaces by subterranean rhizome growth.    You might say with limitless sun and usually unlimited water, two arenas for competition might be nutrients and space.   Some marshes house carpets of a single species, or multiple carpets of multiple species pushin’ and shovin’.  Sometimes competing species intermix, sometimes they occupy pure stands. 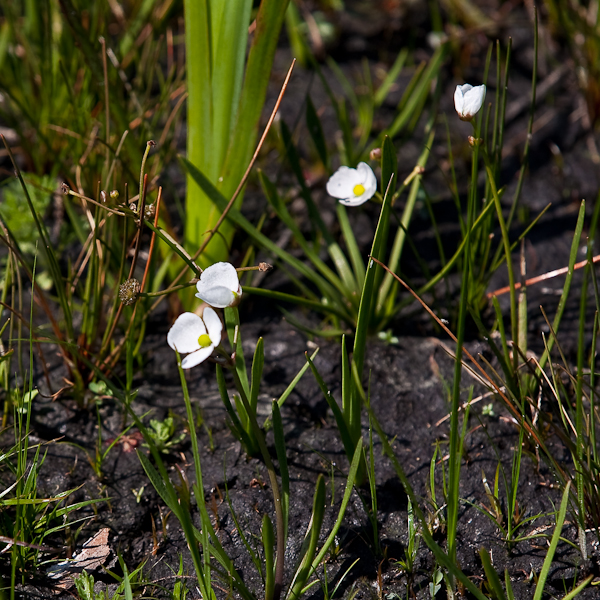 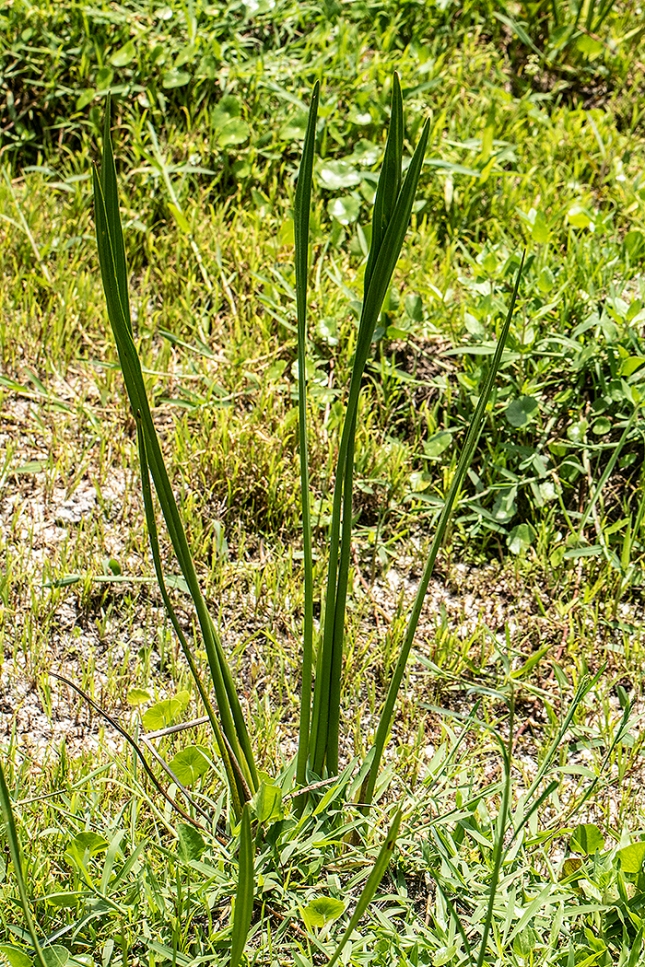 Hey—where did the water go?

Apocalyptics like underground refuge.  Some species double down to face dryageddon by making thick starch-storing rhizomes, or tubers such as water chestnuts, chufa, and sagittaria (aka “duck potato”).  We’re ready, come hell or high water!

Sagittaria rhizome sliced to show starch storage.  The starch is stained with purple.

Emergent usually have ductwork called aerenchyma (air-EN-cah mah).   If your feet are under oxygen-starved mud and your top is above water, ventilation shafts help,  “air” channels from leaves to roots. The snorkel analogy is too simplistic, however.   The pipes are not generally open to the outside air.   They usually are more or less closed, sometimes pressurized. Let me explain:

Okay then, does the leaf aerenchyma pipe oxygen rootward?   We cut off several leaves and inserted their stalks (petioles) into a sealed test chamber with an oxygen sensor. The atmospheric oxygen level outside the chamber as 208,284 parts per million in contrast with  224,389 inside.      Yes, oxygen from the leaf photosynthesis is clearly southbound down the leafstalk air channels.

The species we tested Sagittaria lancifolia has thick leathery leaves you might expect on a desert plant or on a high dry epiphyte, not where water seems unlimited.

The Everglades marsh ecosystem under natural conditions was famously nutrient-limited, most notably phosphorus.   Modern pollution high in phosphorus and other nutrients disrupts the natural species balance.

To turn to the other end of the nutrient spectrum, marshes gobble up unwelcome nitrogen, phosphorus, and other nutrients from sewage effluent.  Visit such water treatment sites as Wakodahatchee or Green Cay wetlands, and see the nutrient-loving species composition of hyper-enriched waters.  Broadleaf arrowhead abounds, true to its reputation as a nutrient vacuum.

Posted by George Rogers on June 28, 2019 in Aquatic emergents, Uncategorized