Azolla Fern and Barnyard Grass Oh So Belong Together

Barnyard Grass and Azolla Fern a Match Made in Heaven

(or in a tropical rice paddy)

Question 1.  Guess what local invasive exotic grass is the main weed in rice. 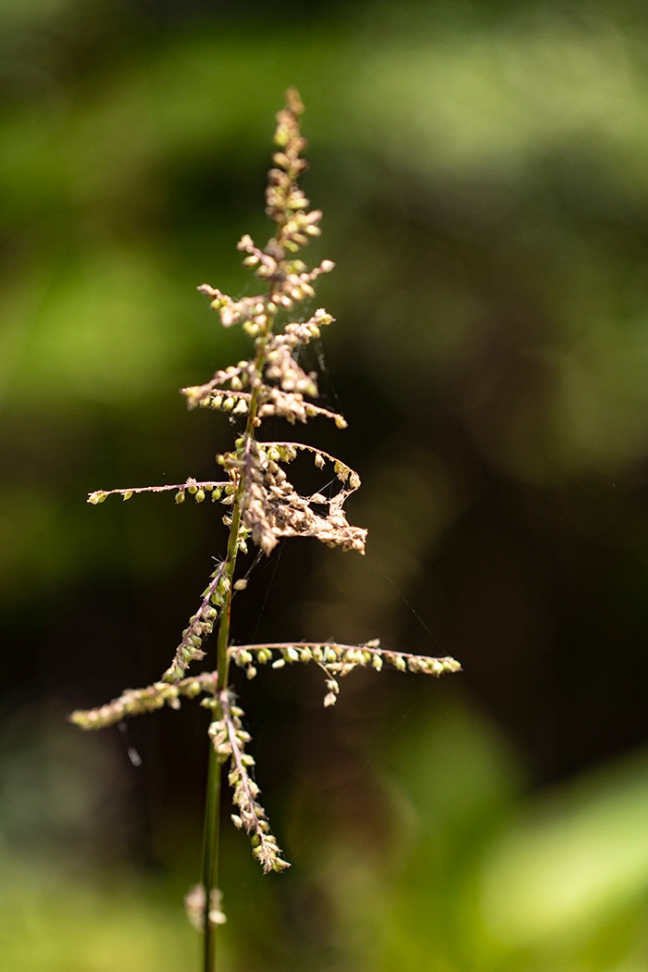 Azolla filiculoides on wet mud, by John Bradford. Highly magnified. This clump would be about 1/3 inch in diameter. 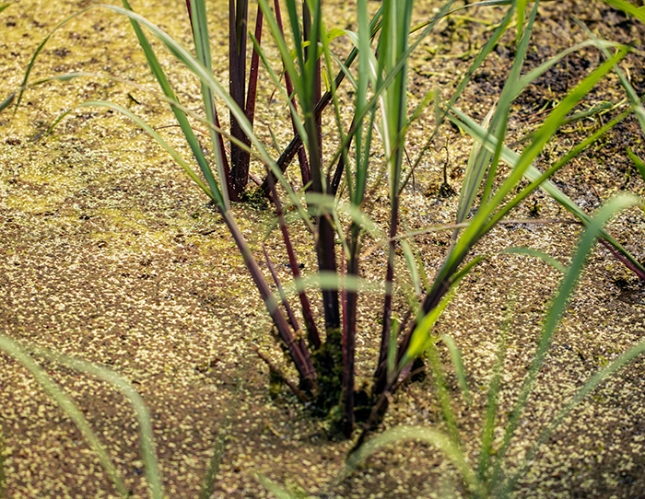 Today a spine-tingling faculty meting displaced our usual Friday botanical investigations, but yesterday was great and green —a class field trip into the botanical wonderland known as Riverbend Park, where the Native Americans and U.S. Military met bitterly in 1838.

At the edge of the cypress swamp was a reddish crescent of floating Azolla Fern.   Barnyard grass was growing like a weed in the middle of the Azolla. Like old times!

The reddish region is almost solid Azolla filiculoides.  The  large plants, except those to the far distant right, are all Barnyard Grass.

In rice E. crus-galli over time became the most dominant weed due to its similarity with rice that made it escape hand weeding frequently. Only the use of the selective herbicides offers reliable control. However, meanwhile several biotypes of barnyardgrass have developed resistance to various herbicides and modes of action.

And this is what the Azolla Foundation sez about Azolla and rice:

The ability of Azolla’s symbiont, Anabaena, to sequester atmospheric nitrogen has been used for thousands of years in the Far East, where Azolla is extensively grown in rice paddies to increase rice production by more than to 50%.

Although now widespread, Barnyard Grass is native to the Old World, not Florida. In Palm Beach County dwell two species of Azolla, which are the same two in China, Azolla pinnata and A. filiculoides.  Both are nice to rice.

Posted by George Rogers on April 5, 2019 in Uncategorized