What’s Cup Grass Have In Its Cup?

A genus of grasses a treat to encounter around here, not that often, are the Cup Grasses, in the genus  Eriochloa.   Eriochloa michauxii is native, joined by a couple of uncommon non-native or marginal species in Florida. 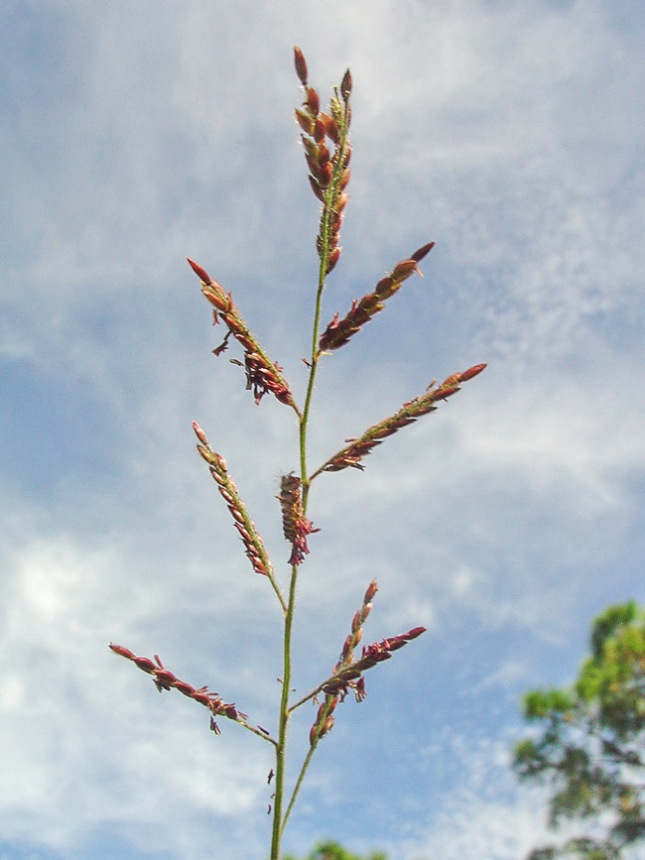 Overall, the genus is known for its adaptation to salty habitats, especially by possession of salt removal glands in some species, but that is not the main point of interest today.    Here’s the thing:

Why are they called “Cup Grasses”?

Each flower-fruit unit (spikelet) sits atop a little cup, like an egg in an egg cup.

And that being so, what good is that cup beyond helping with identification?

Botanists of yore thought the cup represented a modified leaf associated with grass spikelets (the lower glume), but no, the cup has emerged via fine research as an entity of its own,  curiously with a thin membrane around the rim.

Microscope view of the cup and its rim (red bar).  The spikelet (containing flower, fruit) is the big green speartip rising from the cup diagonally across the image.

A cup, especially one with a thin extra lip around the rim must hold something.  It does…bits of fatty material, lipids, the membrane edge probably protecting the greasy contents during the collection phase.  I’m not sure exactly where the lipids originate to wind up in the cup.   Either the chalice makes the fatty deposits, or they drop in from above.   In any case, the enriched cup falls away with the spikelet at dispersal time and seems to be a goodie basket for hungry ants enticed by a fatty  treat to drag the spikelet with benefits back to their nests, thus dispersing the grass species.

Posted by George Rogers on November 30, 2018 in Cup Grass, Uncategorized

7 responses to “What’s Cup Grass Have In Its Cup?”